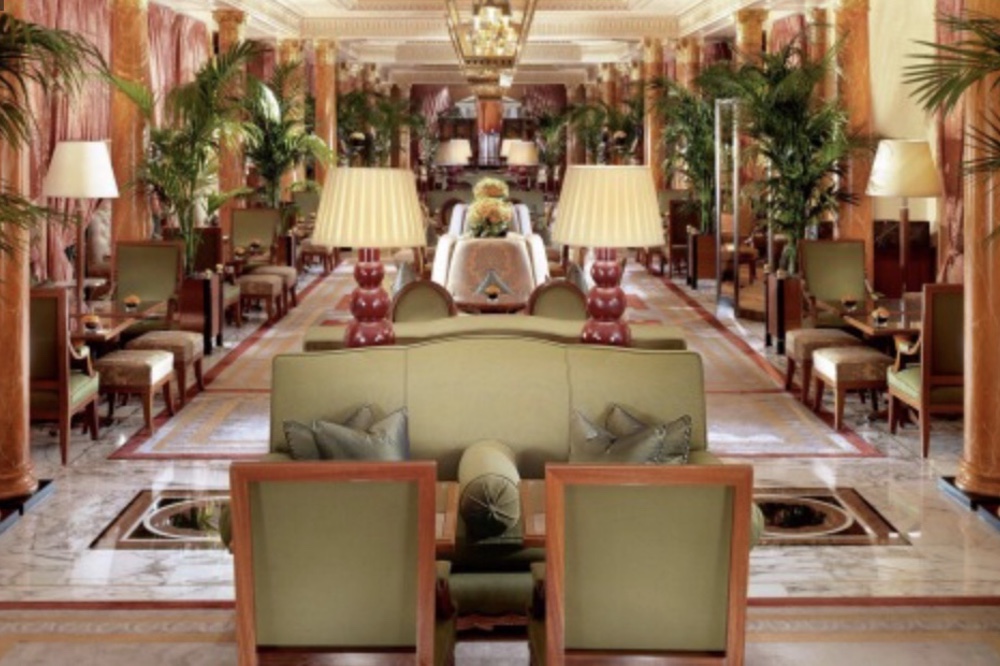 I do love a 5 star hotel, everything about them fascinates me, the architecture, the luxury, the food, the history and the secrets they keep……..

I recently watched a programme about one of my favourites, The Dorchester, the history and stories the programme revealed were so interesting.

The Dorchester was opened in 1931 and was designed by Sir Francis Towle, and built by Sir Robert Mcalpine, who also built the original Wembley stadium.  The Dorchester was built of reinforced concrete, which at the time was a very modern method to use.  Because of the materials used, concrete for the exterior and seaweed and cork to soundproof the rooms, Alfred Hitchcock claimed The Dorchester was the perfect place to commit a murder, it was so soundproof nobody would hear the screaming and you could wait until nighttime to bury the body in Hyde Park opposite.

Many famous people have stayed at The Dorchester, one notably famous guest, Judy Garland, stayed often, however had to be housed in a low room as “she was volatile and had a tendency to jump out of windows!”

During the Second World War The Dorchester was considered on of the safest places to shelter from bombs due to its construction method, even if it got a direct hit by a bomb there would be a high chance of survival due to the 3 foot raft foundation.  Many politicians and diplomats sheltered at the hotel during the blitz.

One of the many fascinating stories about the hotel is, that during the blitz, the band still played on, and were so well versed that when they heard an incendiary drop, broke off the song they were playing and played the Anvil chorus from Il Traviatta and let the Luftwaffe play every other note!!

Another Dorchester story is that an air vent behind the kitchens was nicknamed “the hot plate” because local prostitutes used to gather to keep warm, with Dorchester staff handing out Bovril to them on cold winter’s nights!

London has so many historical hotels, why not explore them with me?  I am available for afternoon tea, dinner or a more intimate date from 18th July 2021.